Vanessa German is an internationally acclaimed sculptor, poet, performer, and playwright who makes her home in the Homewood neighborhood of Pittsburgh. Vanessa finds objects to incorporate into her art around Pittsburgh, and is also known for her mixed-media sculptures that combine dolls, shells, tins, beads, and household objects. Even those who may not know it are familiar with her work, as she is also the creator of the “Stop Shooting—We Love You” signs that can be seen all over Pittsburgh in response to problems of gun violence, particularly in her home neighborhood. These signs aren’t the only way Vanessa gives back to Homewood, though. She is the founder of ARThouse, a community art education initiative based in the Homewood neighborhood of Pittsburgh. At the ARThouse, Vanessa welcomes neighborhood children, teaches them about art, and gives them the materials and the space for them to express themselves via art. 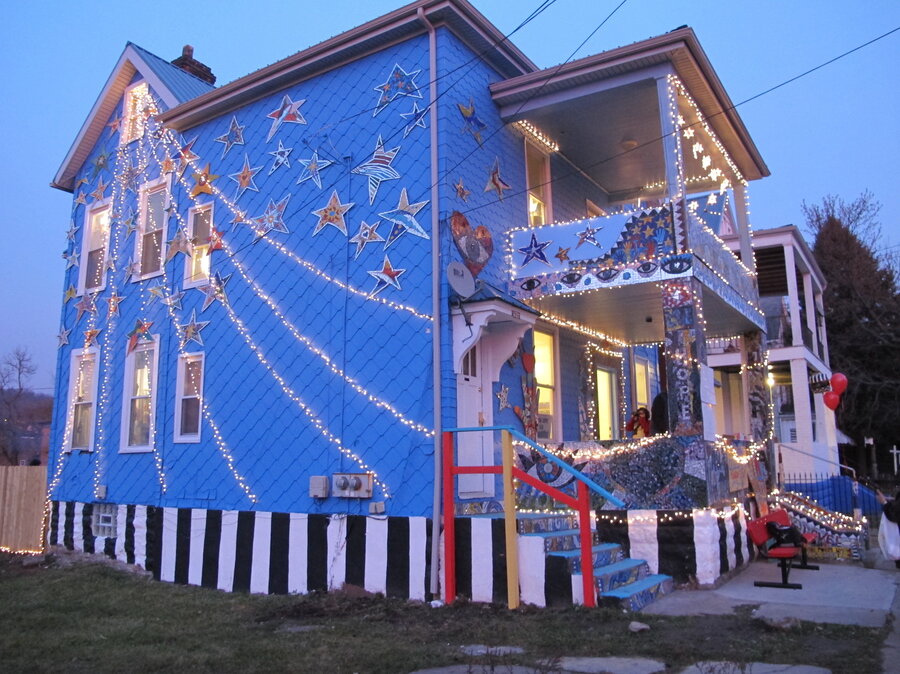 The ARThouse started when some kids saw Vanessa creating artwork on her front porch. Since its inception in 2012, it has outgrown Vanessa’s porch, and even had outgrown the vacant Homewood house where the program began thriving. The program is ready to move into a new, larger space, this one with an attached vacant lot. The space is in need of a lot of work to make it safe for kids, and Vanessa, whose community work is unaffiliated with any larger non-profit or funding source, decided to use Indiegogo, an online crowd-funding website, to help raise the money necessary to make the new home of ARThouse a reality. Shift agreed to help Vanessa promote her campaign so she can secure funding to purchase the house and make the necessary renovations to allow it to serve the kids of Homewood. We determined that the best way to help the ARThouse was through Earned Media—that is by helping Vanessa and the ARThouse gain exposure via news outlets.

In order to get the attention of the media, a compelling story such as Vanessa’s is a great start, but it also takes careful crafting of new releases and strategically approaching the appropriate media channels. This is why we think of this media coverage as “Earned Media.” We teamed up with Vanessa to craft an effective news release and to reach out to the appropriate channels, and we ultimately by strategically contacting the right media sources, helped secure placements on KDKA-TV’s “Sunday Business Page,” a weekly public affairs program that features individuals who are making a difference in the Pittsburgh region, and the world; as well as in the Pittsburgh Post-Gazette’s “City Walkabout” which focuses on beat writer Diana Nelson Jones’s coverage of Pittsburgh’s unique neighborhood.

Through her Indiegogo campaign, Vanessa German and the ARThouse have raised over $38,000 toward the purchase and renovation of the ARThouse’s new location. At Shift, we are proud to have been a part of this campaign to help Vanessa make a difference in Homewood, and in the lives of its kids.